I was sitting around on this lazy Sunday wanting to blog something and saw a friends comment on Facebook about the arrival of the seagulls. And the thought occurred to me that with the storm season winding down it would be a great opportunity to recap 2010 chase season from my perspective.

I set forth quite a few goals for myself last year and I am happy to say they can be checked off of the to do list.

The chase adventure began early for me this year when on 4/5/2010 Joe Miller and I headed to KS for a nice chase setup. This ended in disaster when it appeared to be a cap bust so we started heading home and the car broke down, and we could see storms fire up, total fail.  Then on 4/22/10 Derek Davis, David Sweet and myself headed to TX for what appeared to be a great set up. Normally I don’t begin until May-June and stick to the Northern Plains. But one of the goals this year was a Southern Plains chase so off to TX we went. This was also Derek’s birthday so the pressure not to bust was high. Scored 3 tornados that day as well as had my car blasted with baseball sized hail that busted my windshield and really banged up the car. 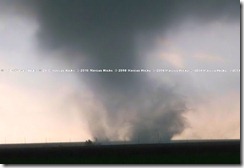 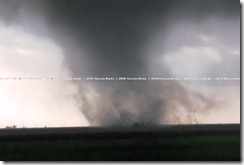 The following day on 4/23/10  the trip back to Sioux Falls we chased in NE. Catching strong winds and fantastic lighting in Lincoln but no tornado. 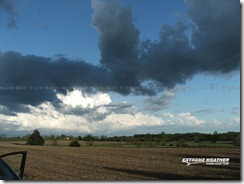 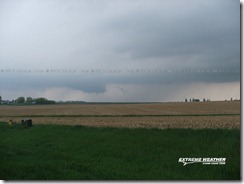 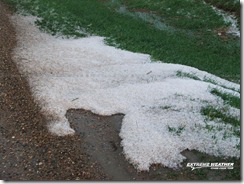 4/29/10 Myself and Brent Koops chased a storm in NE that could have produced a long lived tornado as radar looked as though it did. However It was on the reservation and we could not get to it. 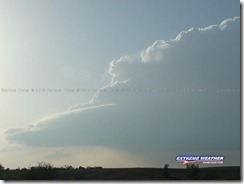 5/22/10 was the next chase and just the date alone will ring in the ears of many as a career chase. Bowdle, SD. I will let the pictures speak for themselves.

Next chase out was 6/1/10 and this chase was an epic failure in many ways but for the main reason I allowed myself to get wrapped in the circulation. This absolutely made me crap my pants and for that reason I will never chase alone. 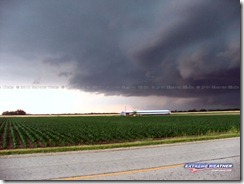 6/3/10 Mike Vetter and I chase the isolated supercell along the SD NE border. This did not produce a tornado that we saw but was a very beautiful storm. 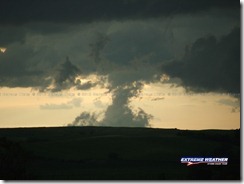 Then on 6/17/10 Mike Vetter, John Stone and I found ourselves attending Wedgefest 2010 in and Albert Lea, MN

Then on 6/25/2010 again Mike Vetter and I find ourselves in Revere, MN one the only view of this tornado 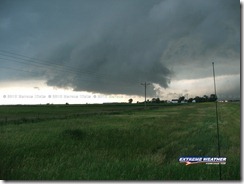 On 7/23/10 Joe Miller, Greg Rardin, Scott Bennett and I found ourselves near Herrick, SD with another rare tornado view. This was the same day as the Vivian hail.

The season pretty much ends there with a high level of success in my opinion. 20+ tornados is ok in my book. Did bust 1 more time after this storm on 8/19/10 and that’s not even worth talking about.

Was a fantastic season for me, my chase partners, friends and fans, and want to thanks everyone rode alone watching the live stream, twitter and Facebook feeds. Looking forward to next season. It will be very hard to top this one though.

I think a nice backyard chase is in order

Well at this point in the game I don’t even look at the SPC outlook but I could not ignore this one.

I mean this is totally in my back/front yard depending on which direction I look.

While not overly excited I do like the way things are looking, If everything holds and good evening storms fire off they will be supercellular  for sure with very strong rotation. Strong Wave will move in Thursday evening right through Sioux Falls. Models are showing good forcing in the mid and upper levels and great shear.  Still a bit concerned about CAP but that looks better along and north of I-90.

We will see what tomorrow brings but I do plan to be out.  Target Area? Well, technically I can decide tomorrow since I can pretty much just step out my door and be there.

Windows Live! What is it?

Your life. Your stuff. All together with Windows Live… Is the new tag line. My job teaching Microsoft products never included the messenger and Live Services until now and with Windows 7 the discussions have found it’s way into to classes but connectivity is incredible and merits the discussion.

So we all know about windows messenger. But did you know about Live Spaces, SkyDrive, Photo Gallery, Live Writer? If not then read on, if you don’t care, read on anyway you might actually learn something.

When I think of Windows Live I think of a combination of software and a hosted way for me to share, save, collaborate with family, friends, and colleagues. The software combination includes:

Now this software combined with the “Hosted Services”:

There are others not in this list but these were the main ones. The beta I trying of the software and windows 7, all of these services link to my Facebook, twitter, MySpace, Live Spaces just using writer and messenger.

There some pretty cool stuff here to check out.

Posted in My tech tidbits

Why Stop Now! What’s the deal?

So a question was posed to me in an email that basically said “WTF, Where did you go? You haven’t chased crap lately, you just disappeared.”

Well that is partially true. True to the extent that I haven’t chased much but I didn’t disappear. I had a new project start at work that has required a great deal of my time. I also have been hard at work planning for next season and what I will do to fill the void during the winter.

One of the things I do during the off season is pick a skill that I feel hurt me the previous season or one that was weak enough to hurt me.

So here are the things that gave me grief this season.

Busted my ass last winter on forecasting and 2010 it paid off in full, plus change. But a lot of my video came out like crap. That was primarily due to not using a tripod but I need to correct that. I enjoy shooting stills the most but the video is what sells.  So that skill needs to be corrected.

Finally, I wanted to spend the remainder of the summer taking vacation and spending time with my family. Which I accomplished.

But I am far from done. 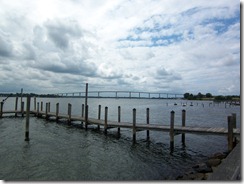 What is club Fifty-One™?

cigarettes. As the Fifty-One™ E-Cig is completely free of tobacco, this product likewise does not contain the thousands of harmful chemical compounds and carcinogens typically found in tobacco products. With no offensive second-hand smoke, this smokeless product offers a safer, greener environment for both the user and the non-smoking community. Simply put, there is no longer a need for anyone to breathe the unwanted, dangerous second-hand smoke produced by traditional tobacco cigarettes.
(see)  Smoke 51 (Freedom to smoke anywhere)

The kit I purchased was the kit shown above. It contained 2 batteries (short and long) – 2 12mg filters – battery charger, Membership card explaining what Fifty One’s are and that it is not smoking and is legal and you should be allowed to continue and instruction booklet.
I purchased mine for $99.00 and the Smoke Fifty One™ has it listed for $149 so I guessing I got a good deal. The filters equal about 2 packs of cigarettes for me it seems. Give or take depending on usage.

This thing is fantastic. I have a daughter that is asthmatic and this Electronic Cigarette is a dream for me. Smoking really bothered her. The smell on my clothes, smoke in the air, It just wasn’t good for her and I do acknowledge that nicotine is not good for me either, but smoking itself is something that I enjoy. This smoking device allows me to continue to smoke in a safer way that is also safe for my family, friends and those  around me.

This thing is cool.

I cannot believe how real it is. I mean you draw like on a cigarette and the tip lights up and you can taste the cigarette flavor feel and see the smoke as you inhale and exhale.

I even took in a smoke at my desk today (HAHAHA).

I’m not endorsing smoking or suggesting this device will help you quit. But as a smoker I wanted to share with other smokers, a product that I found useful for smokers.

This means for people who already smoke.

A little Water and Sewage Problem

Over this past week I was on the east coast enjoying a much needed vacation, Sioux Falls was getting hammered with rain for a few days. Well over 8” in some parts.

To top it all of we still have residents that connect their sump pumps to the storm drains in the basement, this along with blockage and massive amounts of rainfall a sewer main broke causing sewer backups into peoples basements. The Sioux Falls water treatment has been over capacity and has had to release waste water into the Big Sioux. Yet residents continue to water their lawns, just this morning I saw a business with it’s sprinklers on.  WTF???

The city has asked home and business owners to stop watering their lawns.
The city says this will help reduce the flow of water to the already overtaxed sanitary sewer system.

Despite that signs warning of a biohazard line the shore at Covell Lake, and along the Big Sioux. No boating, no fishing and especially no swimming is allowed.

Yuck what a mess.